The following reviews were submitted by Fringe Member: Wesley Volkenant

Quite a Gripping Tale

Mr. Dockery is a clever and masterful storyteller. I found his tale, with the music supporting him in the telling, was interesting and compelling to the end. It DID run long, but I was invested by then, in hearing the "rest of the story." A great way to wrap up this year's Fringe Festival1

Stockholm Syndrome or Just Another Client?

Good story - really effective use of multiple players in the multiple Zoom windows! I actually found Danielle the compelling person to watch and follow, and I loved the mid-plot twist that took the whole story down a different path. Cleverly-written, nicely-performed by the four main leads.

There is a poignancy with Apokalypsis Quarantine - the warm, engaging beginning has a bittersweet ending - very operatic of Mr. Abbott. Both leads - the only faces we see on screen - perform well, and make us recall the anxieties and uncertainties many faced in 2020. As my wife said, "the was the right place to bring the vignettes to an end."

Glad I Added This Short Film on Final Day

Based on the great reviews, I added this Mr. Bean-esque short film! Hats off to the film's choreography - the towel scene was brilliant, but so was the movement of the four cast members in the kitchen, the movement of plates and knives and forks at the table, and initially the popping in and out around the the garages in the alley. Very well done!

Great job, as always, Tim Mooney! The use of hats and wigs to distinguish the characters was excellent and clever. You're informational lead-in and frequent asides really helped appreciate "Comedy of Errors." Early on, the aside about "damned them" and the witty comment about finding the "quickest exit" just stuck with me throughout the show. So glad we caught up with this! 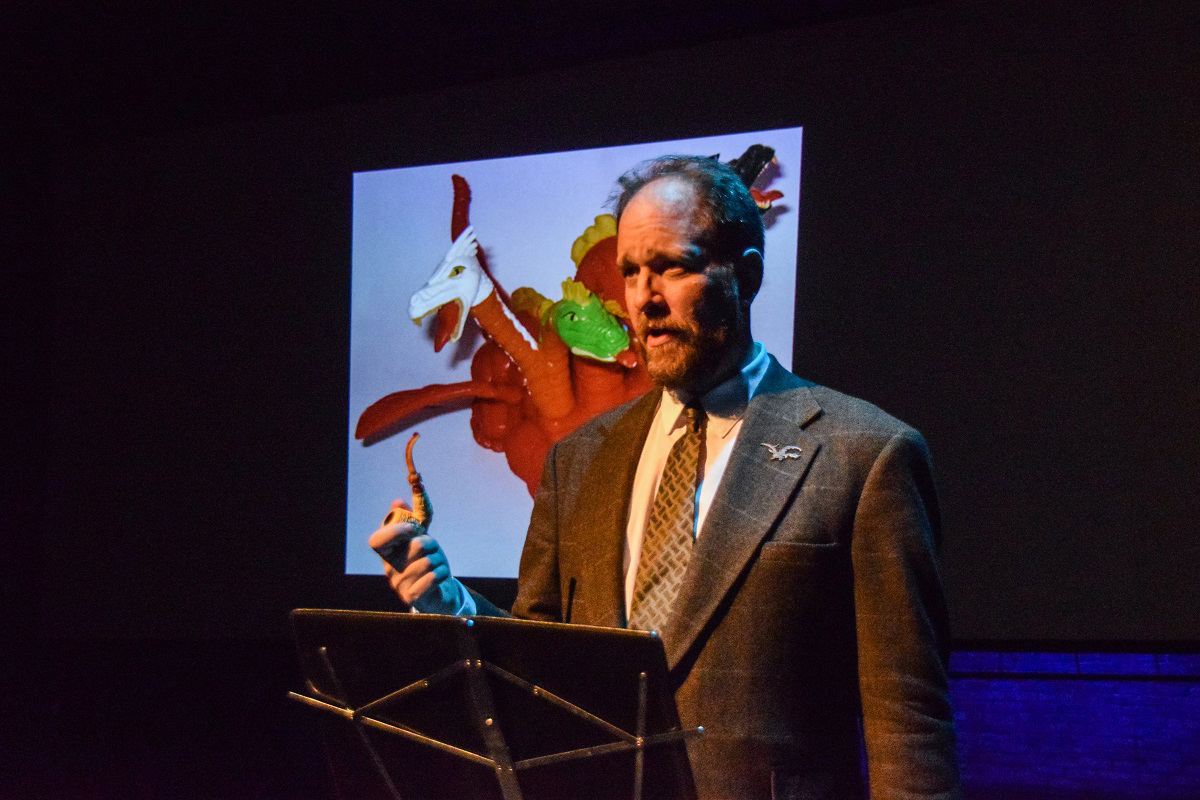 A Bit Too Droll and Surprisingly Dull

I've enjoyed Reverend Matt shows in the past, but this one may have just been too packed. It began to drag about 30 minutes in, and while we stayed through the thank yous at the end, it was a longgg program. I did like the geographic journey format, but God, who knew there were so many crazy made-up places in somebody's mind, somewhere?

Stick With It, Intellectual Payoff is in 2nd Half

I found the first 15-20 minutes a bit assinine, and a complete injustice to James and the Commission that wrote this version of the Bible from 1604 to 1611, for the new English King. But the last 25-30 minutes raise important questions and considers what they were doing in a serious, yet entertaining way. A simple design for the production utilizes the four actors to advantage, and leads to a satisfying experience. 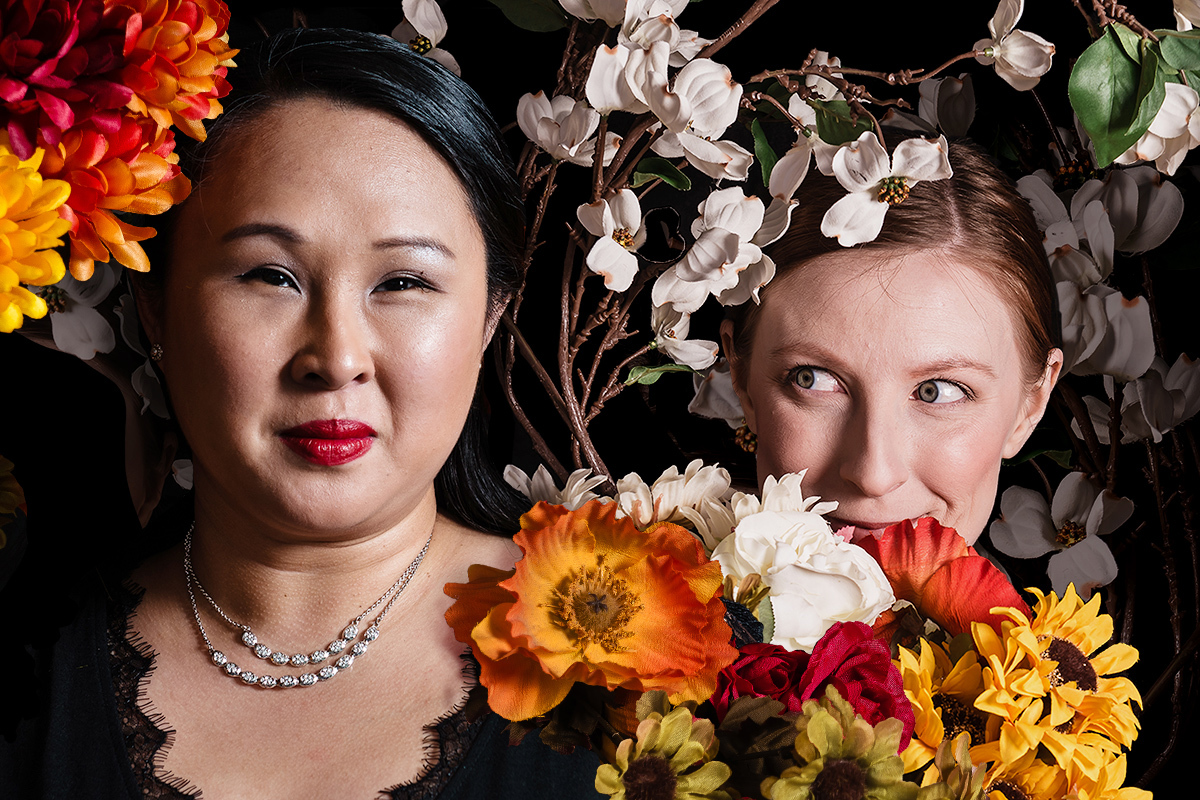 First, what a wonderful setting outdoors at Wood Lake Nature Center (except for the regular overhead flights - thank you Kelsey Laurel for that bit of improv at the end!). Speaking of improvision - kudos to Boo for acknowledging our raccoon visitor by referring to it as the unbilled "Lady Appetite!" Heather Meyer's clever, witty, sharp script is a real star of this show! In the funny, breezy first half hour of the show, Heather introduces to all the characters and their stories - and, in this most comedic section, the "three lords" played by Nissa, Taj and in particular, Kelsey Laurel, shine everso brightly! Kayla Feld also stands out brilliantly for her work as one of Lady Happy's ladies. This script takes us into some remarkable areas, mixed with the comedy, but swinging us to profound explorations of relationships and commitments - and here Boo Segersin and Megan Kim (with an invaluable assist from Meri Golden) took center stage, and deliver enormously! Highly recommended to see on its final weekend, this show was of great value and enjoyment!

There was an entertaining tale from Tim Wick, here, and its three female leads - Windy, Dawn and Angela - were strong voice performers (and fun to watch on Zoom). However, there was no way for them to realize that Geoffrey's microphone never reached the audience Thursday night. This was important because Geoffrey opened and finished the show, and apparently had the narrator and transition roles. We simply missed a lot of context with that role muted.

This was an extremely well-written and well voice-acted show, with a story line that revisited the Wonkaesque world of the Oompas and the factory visitors. However, I didn't anticipate that it would be played on a black screen except for the program and scene placards at the start of each scene. More artwork would have added to this viewing experience. 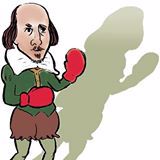 What a Crazy Show!

I think we got the whole gist of the Comedy of Errors, but that wasn't the point here! This show is funny! To put on a "play" but to really put on a satirical poke at all the foibles of Zoom, was brilliant. Does it wear it a bit over an hour, to see all these errors - sure? But, so many classic mistakes - seeing feet, not the head, seeing the top of the hair only, people muted, backgrounds failing... so many. My two favorites were Alex pointed sideways and Anna's many disguises moving all around the top of her head. Great job, technically, putting it together! Fun writing, and hat's off to the performing cast!

We got to the Sunday afternoon performance. I truly believe our audience's suggestions limited the group in their ability to weave a good improv over a 50-minute period. They worked in lots of ideas and created quite a tale, but... it wasn't quite working as successfully as we'd have enjoyed. That said, each of the performers worked really hard and know their chosen style of performance well - several playing and swirching out multiple characters. That said, my favorite performance was put in by Mikaylee Shaughnessy, who had the opportunity to inhabit one character throughout and remained very consistent in it throughout.

Wonderful to have live theater - musical theater - in front of us again! Hats off to the hard-working, well-prepared cast and crew, for a really wonderful and entertaining show! Our favorite of this Fringe, so far, through the first weekend! We know nothing of the Phoenix Wright gaming series, nor the anime programs. I don't know why the Fey girls wore the number "nine" or why Marvin burst into his thing at the word "past" or "passed." But I did see Bryn Tanner was in the cast - I used to work with his mother, who invited several of us to check out Bryn's 2015 Fringe show - which my wife and I loved (and tried some more, and have been back each year since). That got us in the door. But we stayed for the full two hours fifteen minutes - and missed a 7:00 show that we double-booked, having missed the double-length of this one. It was too good to walk away from at intermission, without seeing the ending. I have to sing out the praises of the full cast, but there were literally nine standouts tonight - Christian LaBissoniere as the lead, Phoenix Wright, was strong in voice and in action -m fine leading spiky-haired man; Jenn Rathsack, from neighboring Coon Rapids, as Mia Fey stole the first 15 minutes for me, as I loved her character and her voice - and her later appearances were very welcome; the afore-mentioned Bryn Tanner, who made a secondary character memorable; Michael Turner, who first appeared in Act Two as the formidable Manfred von Karma, and was powerful and dramatic - hats off to his makeup choices and choice of mannerisms; Mary Loewen, who played multiple roles wonderfully, and showed off a great voice - so good to have her back in musical theatre; Peter Kistler, as Egdeworth, the Hamilton Burger role, which he affected brilliantly throughout the show with great depth and irony; Mia Breckinridge Scott as Maya, who sang beautifully and provided Phoenix with the perfect spunky right-hand woman; and Phillip Schramm, who made Dick Gumshoe an ever-evolving character, that moved from stereotypical foil to a real person - with a good voice. Both Ryan Niedenthal as Larry and Kaitlin Klemencic added to the strong depth of this terrific cast. Highly recommend attending one of the three shows scheduled next weekend!

I've never been to AWAY, NOW, and I'm pretty sure I don't want to visit in person. But Paul and Erika filled in the missing pieces. I really did enjoy the musical story-telling. But, I also couldn't quite get there with the pretend world and stories of AWAY, NOW. That doesn't take anything away from their considerable creativity, but enjoyment is a two-way street. I don't want to "go back" on my way away from AWAY. 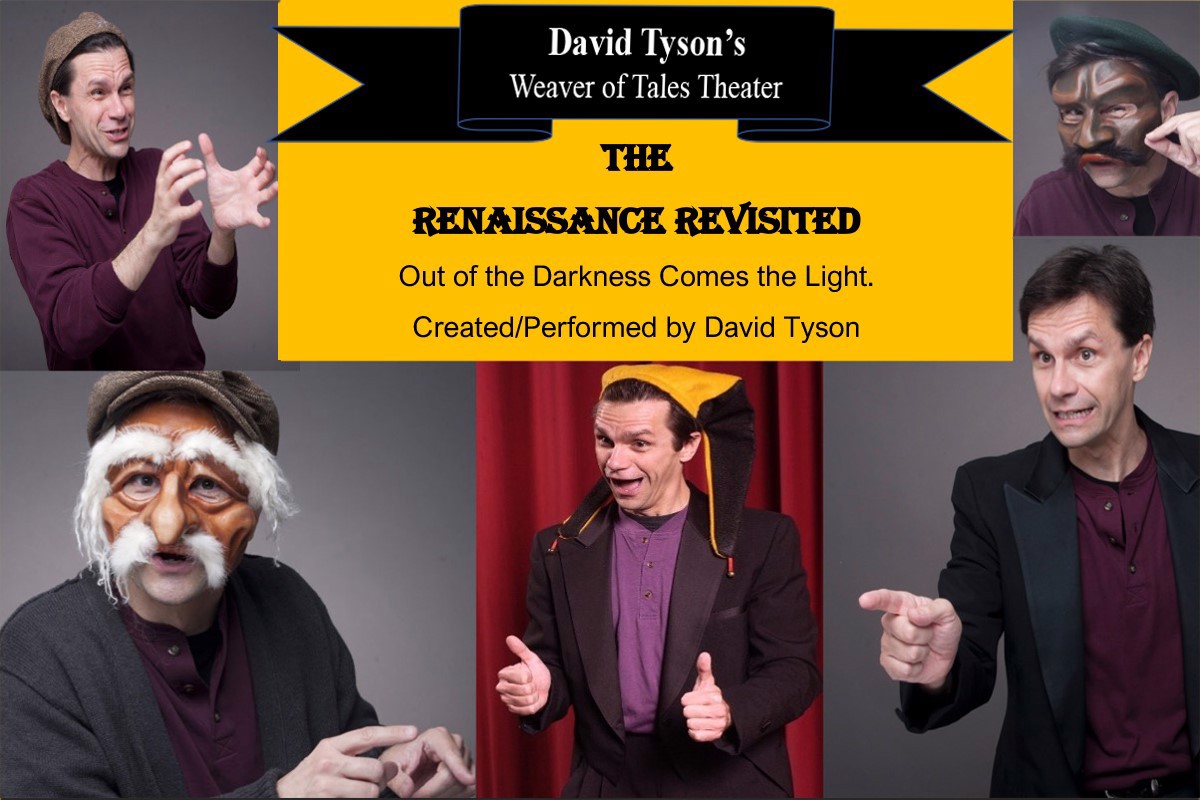 Except, perhaps Audience participation (unless we count You Tube chat)... David Tyson has a very well-prepared, well-rehearsed one-man show. It just failed to be either wise and profound enough about the challenging issues it considered, or funny enough in its humorous sections... with one exception, for me - the skit with old "Mr. P." whose observations about aging were both on target and humorous. The "Everyman" section up front was well-performed, but the messaging wandered about too much to hit the target for me. And, I really wish that modern-day jester section had just been dropped or tightened up - it just really dragged the non-Renaissance section down. On the other hand, your concluding words were quite thoughtful.

Telling the story of the Trojan War through the eyes of Cassandra was a long haul, and I'm sorry to say that a solo person telling that story was more difficult to listen to - especially through the first half-hour. (I almost walked away twice in the first 20 minutes - stuck it out for all 50 minutes, however.) In the last 15-20 minutes, the story moved past the familiar horse story into a more powerful section that took us through the tragic things happening to Cassandra. But, as "cat-people," it was the Cat Named Woman in the title that piqued my interest in this story. Which left me confused when the story was interrupted twice for the poem about a Cat Named Woman - I did not understand why that was there - and I'm sorry, Jena, I just didn't get it, tonight.

I don't watch Red Green or Minnesota Bound, so I didn't have those associations. Apparently, I needed them, to appreciate the humor here. I did enjoy the late-bit with the dog delivery service, but Red's pinwheels and dots pieces landed with a thud, for me. There were some sparks in the Grand Marais chat, and Domita's intro to the Minneapolis Sculpture Garden had exuberance. But, the show's flow felt off - perhaps tighter editing? Still, a thank you for pleasing actors, who obviously worked hard to present at their best. Is this really a regularly-produced show? Where would the e-mail to Paul go?

Wonderful Improv via Live You Tube

I realize every one of these shows will be different, because they used our live suggestions up front to create their improv vignettes, but this Saturday afternoon was creative and very amusing. Hats off to our four performers! Using quotes, locations, natural elements and pretend movie titles led the team to take us to a Hollywood premiere, a bar talk between two close people, a newscast in the middle of a storm, and a Renaissance dating game - which was my favorite. I also loved John using his Mom Peggy down in LaCrosse - the magic of modern productions! I strongly recommend taking in Friday evening's upcoming show - and see what fun scenarios they come up with for you!