The following reviews were submitted by Fringe Member: Aseem Kaul

A glorious and scintillating performance of a brilliant Kurt Weill piece. Masterful singing combines with exquisite visualization to produce a work of haunting beauty, all the while reminding us that (sadly) the savage ironies of Brecht's libretto have not lost their edge even in the world of #metoo.

What the camera remembers

A collage of digital detritus, by turns manic and intimate. The presentation is a little haphazard and unstructured, but it's also shot through with moments of savage and exquisite beauty. Worth the watch.

A mildly humorous farce built around the central idea of a kidnapping business being managed as a professional service firm. It's not a bad premise, but the creator's knowledge of corporate culture is much too thin to make it really work. Still, a good try, with strong performances by the actors (special shout-out to Juliet Bowler for her brilliant turn as Linda, easily the most interesting character in the piece), and some clever gags.

Company: Moral of the Story
Show: The Ends
Venue:

50 ways to leave a lover

A solid yet unexciting piece. The acting is competent, the direction good, the dialog realistic, and the scenarios plausible. But nothing about the 6 short scenes stood out as being clever or moving. The whole performance feels like a set of (above average) responses to a writing prompt turned into a series of short films.

An elegant and skillful dance performance that makes strong use of unconventional outdoor settings. I especially loved the piece in the empty parking structure; it's a real delight to see spaces left abandoned during the pandemic burgeon with new motion. The constantly shifting camera work was a little distracting and made it harder to appreciate the choreography as a whole, but the young dancers seemed entirely rapt in their movements, and were clearly dancing their hearts out, while enjoying themselves in the process. Kudos to them for a show that is a joy to watch!

Company: The Feral Theatre Company
Show: For a Limited Time Only
Venue:

A delightful dark comedy that takes an absurd situation and turns it into an affirmation of living that would have made Camus proud, with strong performances by all the actors, and plenty of laughs and surprises along the way.

The banality of romance

Speaking of a lover describing the attributes of his beloved, W.H. Auden wrote "To you that's destiny, to us it's chance". Every couple in love thinks their feelings (and the objects of their feelings) are special, which is sweet, but also (generally) untrue. The couple depicted in this film are no exception. It's a nicely made little piece and the two performers seem genuine and natural, but the performance as a whole is most successful if you think of it as a satire of the kind of narcissistic 'we are so much in love' videos people make you watch at their weddings, which, sadly, I don't think was the creator's intent.

Hipsters of the world unite

A short piece that is long on attitude, short on coherent ideas. 4 stars for talented video editing.

The long and winding road

While Mr. Dockery is certainly a talented story teller, I found this performance disappointing. The sound effects were generic and jarring, serving mostly to undermine the naturalness of the narration, and the story itself was pretty much your average potboiler, with little nuance or cleverness. Mostly, though, I felt the piece just went on too long. The same story, told in, say, forty minutes would probably have kept my attention; but by the time it got to the one hour mark with no end in sight I sat in front of my screen listening to each silly plot twist and thinking 'are we there yet?'.

When you stare into the abyss

A powerful and riveting one-woman performance that offers an object lesson in how a strong actor cannot only overcome the limitations of streaming from home, but turn them to her advantage. There's really nothing to this production--just a dimly lit black wooden wall and a mug filled with some unspecified beverage--yet it's an enthralling 42 minute experience, driven purely by Ms. Yarborough's intense and bewitching performance. The story she's telling is overblown, predictable, and frankly a little silly, but she manages to hold your attention right through to the very end.

"one need not be a chamber - to be haunted", Emily Dickinson wrote, "one need not be a house - / the Brain has corridors - surpassing / Material Place". Dogwatch's clever , heartfelt, and expertly rendered performance brings that idea vividly to life, reminding us that sometimes the very real, very grown up choices that haunt us are more terrifying than any phantom of sound and light. I suspect the performance finale is more chilling in person than it is online, and while there was some striking use of different camera angles in the live stream performance, I thought they could have done more with that. Even so, this is an enjoyable and effective short play that I would strongly recommend.

twere well it were done quickly

Brilliant! An expert rendition of Shakespeare's play that manages to convey not only the logicstical intricacies of the play's plot but the manic energy of its performance, while also slipping in a series of pointed critiques (and a fake Sean Connery accent), all delivered with such fluid timing that you hardly notice the dozen or so actors *missing* from the stage. This isn't just the finest one-man performance of the play I've seen, it may be one of the best performances of the Comedy of Errors I've ever attended. Period. 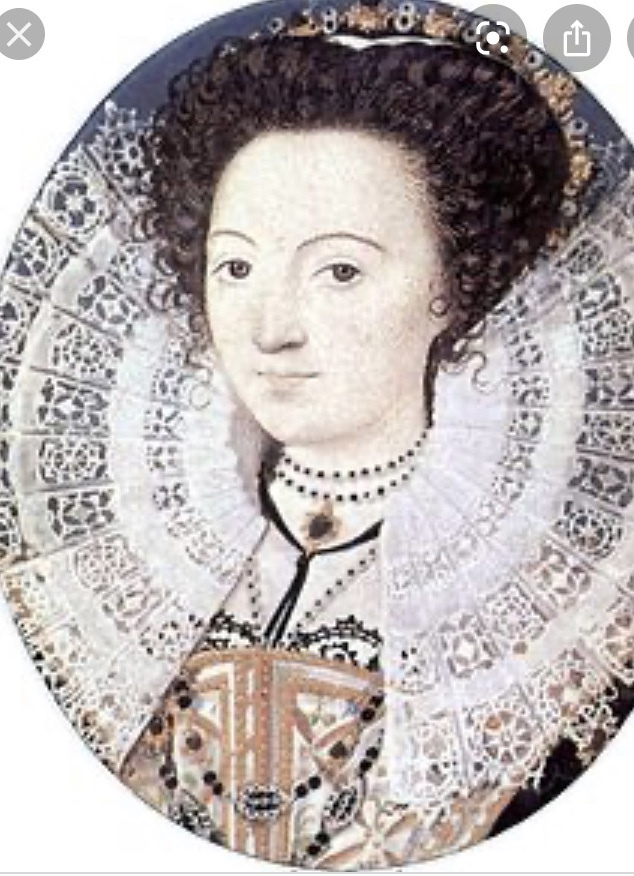 This performance starts with an interesting and provocative (if not exactly original) premise: not only that Amelia Bassano was the Dark Lady of Shakespeare's sonnets but that she wrote or co-wrote some of Shakespeare's work. While I'm not generally a fan of silly conspiracy theories around Shakespeare's *true* identity, I see how that could have made for an entertaining exploration. It doesn't here. Rather than focus on and explore that core premise, this piece chooses to drown it in a soft haze of amateurish 80's pop (I suppose the 'original music' tag should have been a warning) and generic visual images. The result is a performance that is less a tribute to an early Elizabethan female poet than an embarrassing YouTube montage, one that had already gone on too long at the 15 minute mark where I stopped watching. 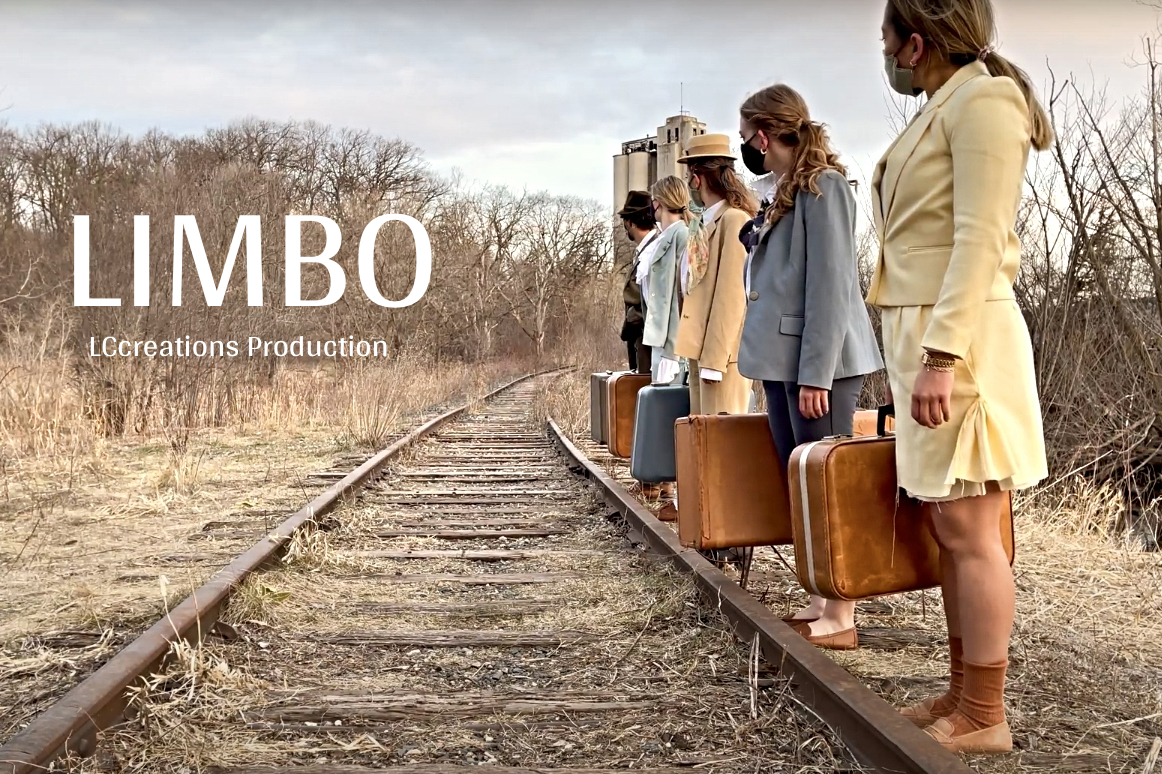 For the first three of its roughly 9 minutes, this is a truly beautiful dance performance. The scene is set in an exquisite outdoor landscape, a railway line in the foreground bending away into the trees with just a hint of industrial decay in the background, and five dancers cross and recross the tracks in a series of movements that seem perfectly suited to the natural if somewhat unconventional setting. Had the choreographer stuck with that early inspiration, this could have been a truly breathtaking work. Sadly, about three minutes in, the action moves to a poorly lit (and very, very badly filmed) stage, where the performance continues. The young dancers are still excellent, and the choreography is pleasant enough, but the magic of this early moments is gone. I appreciate the practical difficulties of performing some of the latter half's movements on a railway track, and overall this is still an engaging piece, but I can't help wishing that the artists had made full use of the unique opportunity offered by a virtual Fringe to stick with their original inspiration and locale.