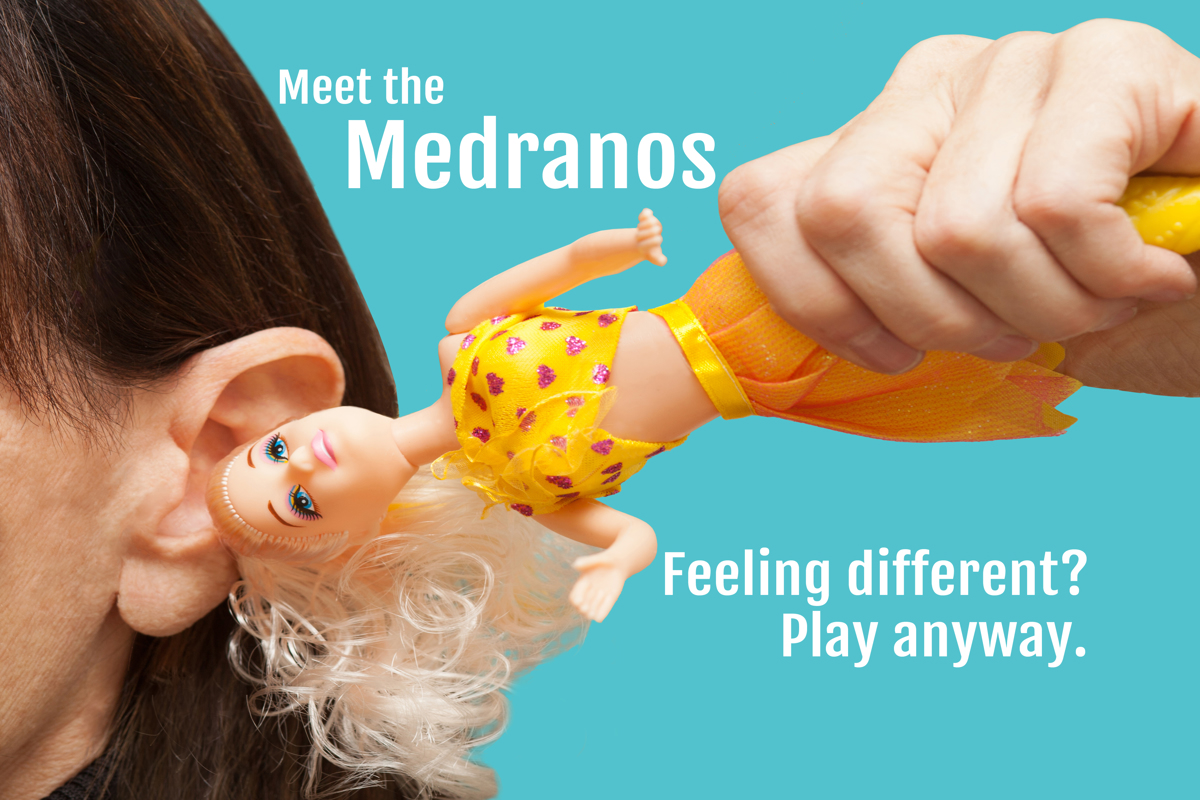 Local playwright exposes family dysfunction with witty, relatable stories and song about growing up different in Minnesota. Find out how she finds her father on "What's My Line." A true-story comedy-drama.

Adult language,Sexual content
The creators say this show is appropriate for ages 12-15 and up

Local playwright Ricki Douglas exposes family dysfunction through a witty and relatable true story about growing up “different” in Minnesota.

Despite that cruel rejection, Douglas, who grew up in Nordeast, never stopped wondering what happened to her mysterious father, a young Marine with Ecuadorian heritage.
It would take four decades and many surprising twists of fate for Douglas to complete her quest, which is the subject of “Meet the Medranos,” a one-woman play at the Fringe.

Douglas’ mom remarried and had five more children. She told Douglas to pretend her new stepdad was her birth father, and that they would never talk about her biological dad again. But Douglas looked and acted nothing like her blonde half-siblings. She never felt like she fit in, and she struggled under the pressure to keep the family secret.

When Douglas was in high school, she learned from her aunt that her birth father had once been a guest on the TV show “What’s My Line?”. It would take another 30 years before Douglas was able to track down a copy of that TV episode, and through that connection find out what happened to her father.

“Unless you’re adopted, it’s really hard to understand that longing and incompleteness a person has when they’re looking for answers to their past,” Douglas said. “I never expected to meet my dad, but I needed to know who he was and I knew there might be other children out there who I wanted to meet.”

Douglas, who now lives in Uptown with her Whippet, Sophie Girl, wrote and produced the two-act show, and is also its star. The play traces her family’s story from the 1950s to today,
and is told through several characters and costume changes, interspersed with a medley of original songs, and multiple references to Minnesota culture and the Nordeast neighborhood.

It’s full of laughter to balance the drama; both clever with wit and raw with vulnerability: sure to be a hit among anyone who’s ever struggled to find their true self.