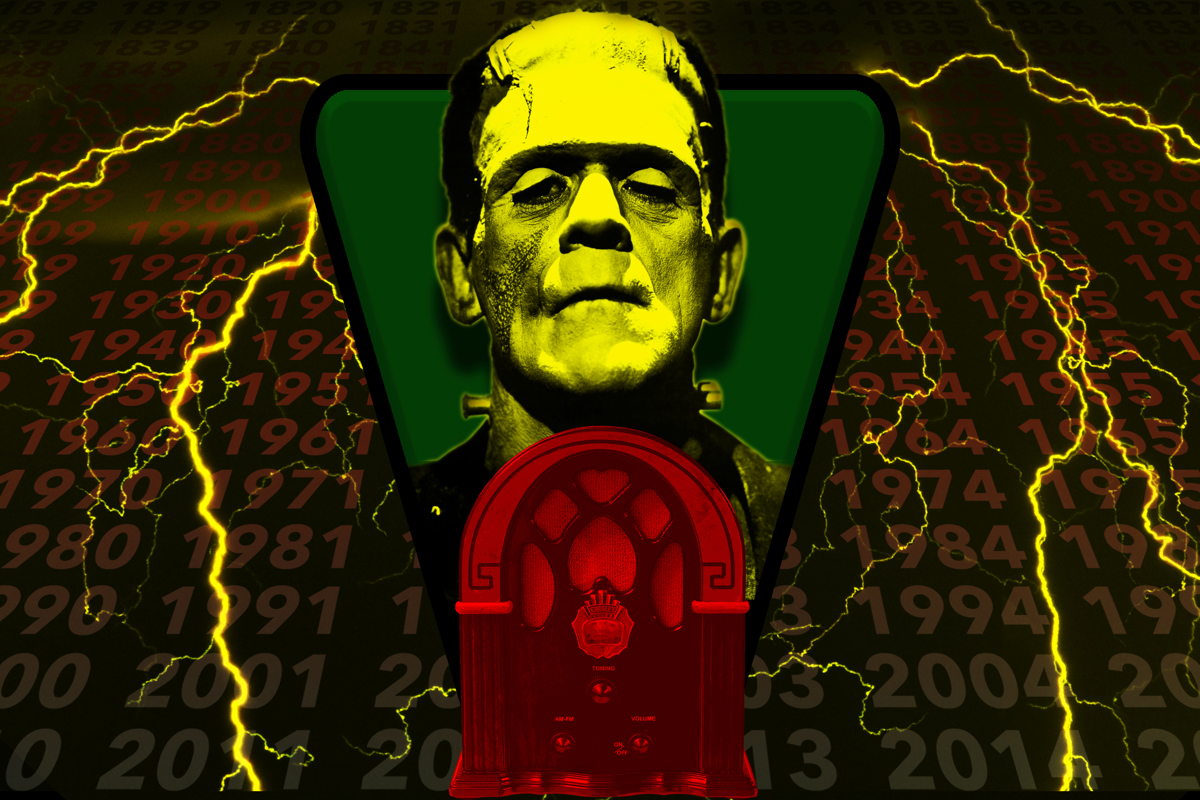 "Long Live Frankenstein" (written in the style of the radio series Escape) - An expedition follows the path of Captain Walton's ship through deadly arctic conditions to capture the legendary creature! Written by Tim Uren.

"Inglorious Monsters" (written in the style of the radio series Inner Sanctum Mysteries) - In the death and madness of World War II, a scientist reanimates the dead to create the perfect soldier! Written by Joshua English Scrimshaw.

"An artisanal, old-school way of making entertainment... The fun is in watching these fine actors work almost exclusively with their voices... and to see them create a sepia-toned world with handmade sound effects." - Dominic Papatola, Pioneer Press

"The cast of Joshua English Scrimshaw, Tim Uren, Eric Webster, Shanan Custer, and Joe Weismann are all extremely talented and hilarious, taking on multiple voices and characters. If you have recently become interested in radio or audio drama through podcasts, why not see a recreation of how radio drama was at the beginning with the Mysterious Old Radio Listening Society?" -Twin Cities Stages

"Two old radio scripts come to vivid life through the talents of seasoned professional who jump seamlessly through multiple sharply drawn characters, while simultaneously generating sound effects and live music and seemingly having as much fun in the performance as the audience. This show is pure delight!" - Patrick, audience member.