By Penny: For Your Thoughts 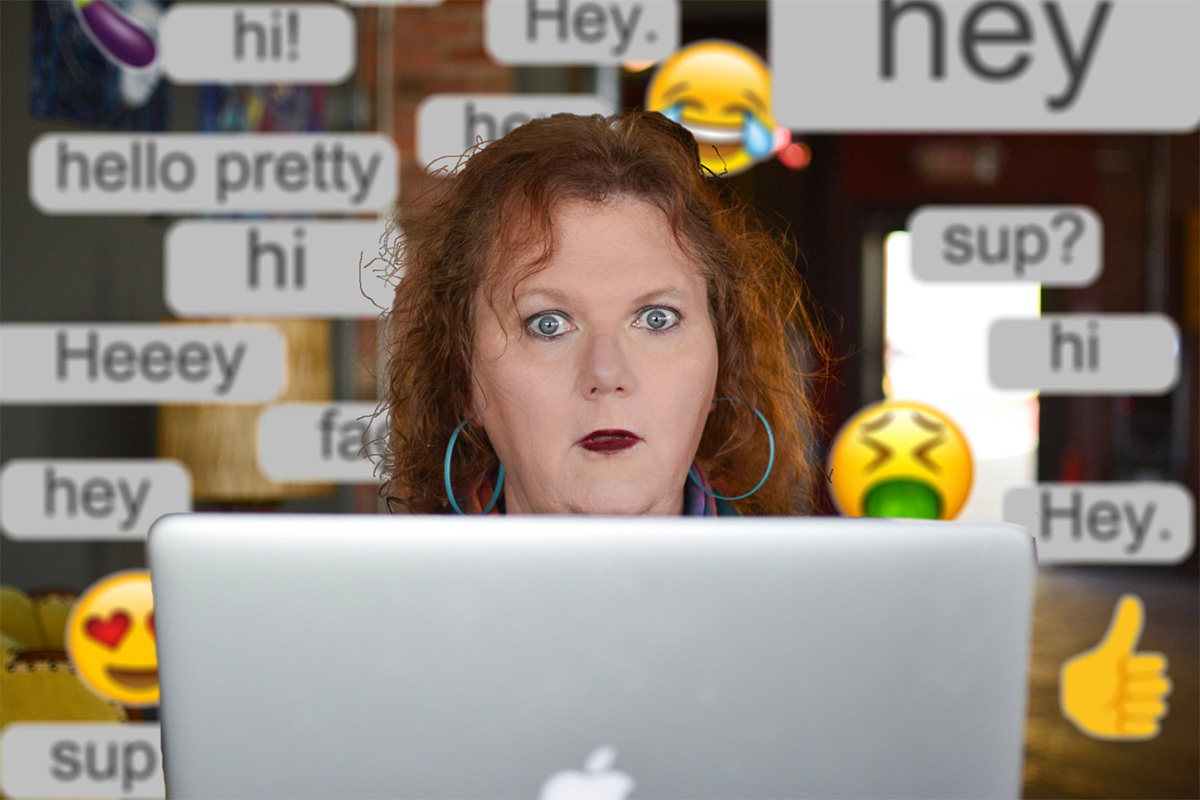 While waiting for her date to show up, storyteller/comedian PENNY STERLING discusses her transition, and how difficult it is for her to find an authentic relationship as an older transgender woman.

Penny Sterling says serious things in a funny way. And sometimes vice-versa. Penny’s storytelling career began in 2016, with her first play Spy in the House of Men: A One-Woman Show with Balls, which she wrote in response to being asked so many questions after transitioning in 2015, when she was 55. What she thought would be a one-off performance turned into a small sensation, and Penny has now performed Spy more than 40 times, as far west as here in Minneapolis (where the show gained both audience and critical acclaim, being listed as a “don’t miss” show by the Minneapolis Star-Tribune), as far east as Washington, DC, as far south as Richmond, and as far north as…

Well. That would be Minneapolis, again. Penny obviously didn’t think this through.

Since then, Penny has written and performed three more shows, given two TED talks, and has even given a sermon, because she never refuses stage time. Her most recent show, Someone No One Can See, is a collaboration with PUSH Physical Theatre, created in part by grants from the National Endowment for the Arts, the NY State Council for the Arts, and the LGBTQ Giving Circle, and she’s gonna work like heck to try and get that show to Minneapolis as well.

ShMILF Life is the third show Penny wrote, and arguably the funniest, although who wants to argue in this heat. Penny also performs standup comedy when asked, and a lot of material developed in this setting found its way into this show.

When not performing, Penny is a freelance video professional, and an adjunct professor teaching Public Speaking and Sports Video Production (2 separate courses) at St. John Fisher College in Rochester, NY.

Penny lives in a crooked little house in Swillburg with Betty the Cat, who is as unpleasant as she is photogenic, and no, we’re not making any of that up.