Life aboard a spaceship gets interesting when robots discover they have the ability to decide their fate. Come see this new SciFi ballet featuring sentient AI, a mad ship captain, and galactic royalty.

Violence,Flashing lights
The creators say this show is appropriate for ages 7-11 and up

Pacific Midwest Ballet is a collective of Twin Cities dancers excited about making modern stories for the ballet audience. After a successful run of Zombies and Pirouettes at the 2018 Minnesota Fringe Festival, we regrouped with a larger cast for this year's festival.

Check out our facebook page for lots of pictures of us having a blast making this show!

Revolt, Robot! is space ballet at its finest. When the galactic queen boards a spaceship with her entourage, she is appalled to find the ship ruled by a despotic captain. The crew isn't much better, leaving all the real work to the ship's robots. What will happen when one robot discovers she can think for herself?

Revolt, Robot! is entirely non-verbal and hearing-impairement friendly. To find a list of other accessible shows  head over here.

It is a ballet tradition to share an entire synopsis of the plot before the show, just because dance isn't always the best for complicated plots. If you want a heads up on what's going to happen, feel free to read below. To keep it a surprise  buy your tickets now and we'll see you at the show :)

Act 2: As the captain shows the queen around the spaceship, it becomes clear that there is no chemistry between them.  When the oblivious captain presents the queen with a necklace, she rejects him.  The captain does not take it well and storms off while the queen is appalled by his gall and mistreatment of his subordinates.  In the moments after, the sentient robot takes a moment to come to terms with her newfound self-awareness and wonders what to do about her compatriots.  The queen is outraged by the captain’s advances.  While she shares what happened to her entourage, the queen and her entourage’s true robot identities are revealed.  Meanwhile, the sentient robot awakens her friends and, with her help, they all begin to gain self-awareness.

Act 3: The entourage join the crew during downtime, and everyone dances together.  The captain, still nursing his bruised ego and looking to spread the pain, breaks up the party and orders the crew to clean up.  However, the crew are annoyed, fed-up, and have no intention of cleaning up and order the robots to do the job instead.  The sentient robot decides to disobey and is sent to the shop for repair.  In the shop, the sentient robot has some fun as the technician struggles to figure out what’s wrong.  Frustrated, the technician disables the robot and marks her for scrap.  The other robots come in to save her and they plan their revolution.

Act 4: The robots revolt and fight the crew.  During the battle, the sentient robot is injured.  The queen enters and brokers peace between the robots and the crew.  However, all agree that the captain is the worst and he is promptly dispatched.  Everybody else celebrates their victory and the new order. 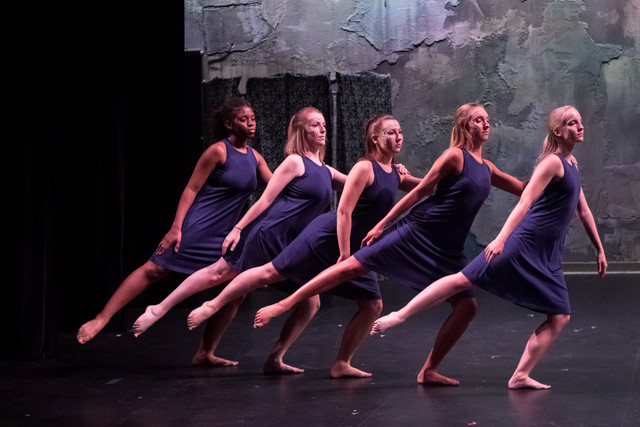