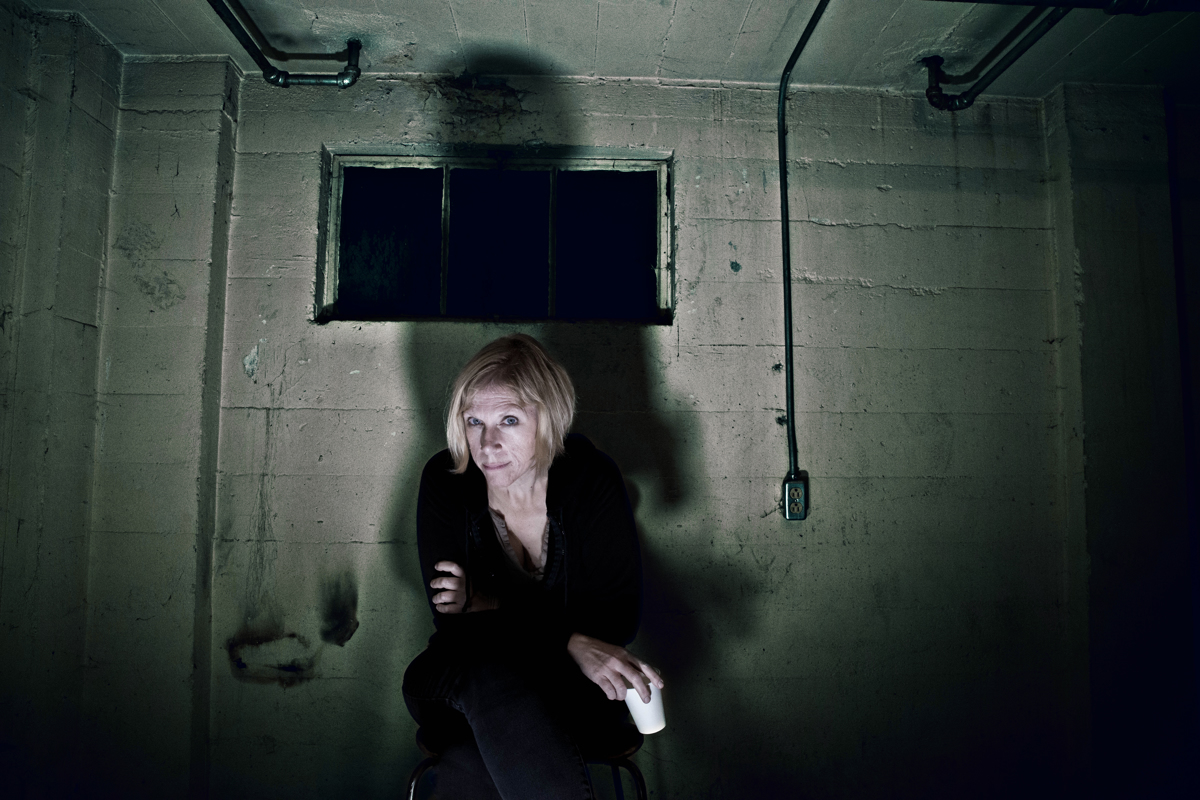 Recorded for Virtual Performance
What's this?

Meet Jamie. She is an alcoholic. She is a survivor. And she is haunted by an unfathomable darkness. In today’s meeting, it is her turn to speak. The reasons we drink can be terrifying. Horror/Storytelling

Adult language,Drug Content,Other divisive content
The creators say this show is appropriate for ages 16 and up

"The beauty of Yarborough’s tale is how it blends the everyday with the philosophical with the spine-tingling. She hits the tropes of any good horror story head on — and then turns them on their head." --Matthew J. Palm, Orlando Sentinel

"...fans of Stephen King, David Lynch and H.P. Lovecraft will find plenty to sink their canines into. Even if you aren’t usually a fan of horror, Yarborough’s understated intensity will suck you in as she weaves a richly absorbing world in only 40 minutes with nothing more than a folding chair and laser-focused gaze." --Seth Kuberski, Orlando Weekly

“[Rosegold] toys with the tropes we recognise from both the traditional Christmas ghost story and the type of horror film that includes ‘found footage’...it has a great power in creating the images being described within the viewer’s mind...The words are well-chosen and a sense of unease builds throughout the piece. ★★★★”

“...An utterly compelling horror story...Donna Kay Yarborough is so confident, she even mocks the clichés of the genre...

Rosegold is an intense experience and essential viewing.”

“... Rosegold is an enthralling work that successfully blends Lovecraftian terror with the everyday horrors of addiction. Simple in its execution, but with far greater depth than one might expect, Yarborough proves herself to be a masterful writer and performer with a great deal of promise. ★★★★”

“[Yarborough] has a canny knack of telling a tale which both draws you in and repulses in equal measure and... As Jamie tells her story, Yarborough becomes increasingly haggard and distraught (understandably) and does so without recourse to make up or lighting changes – she is clearly in full command of her material and gives a mesmerising performance... this American tale may send you to bed with the horrors – both of the unknown which is in the darkness and that which constitutes addiction.”