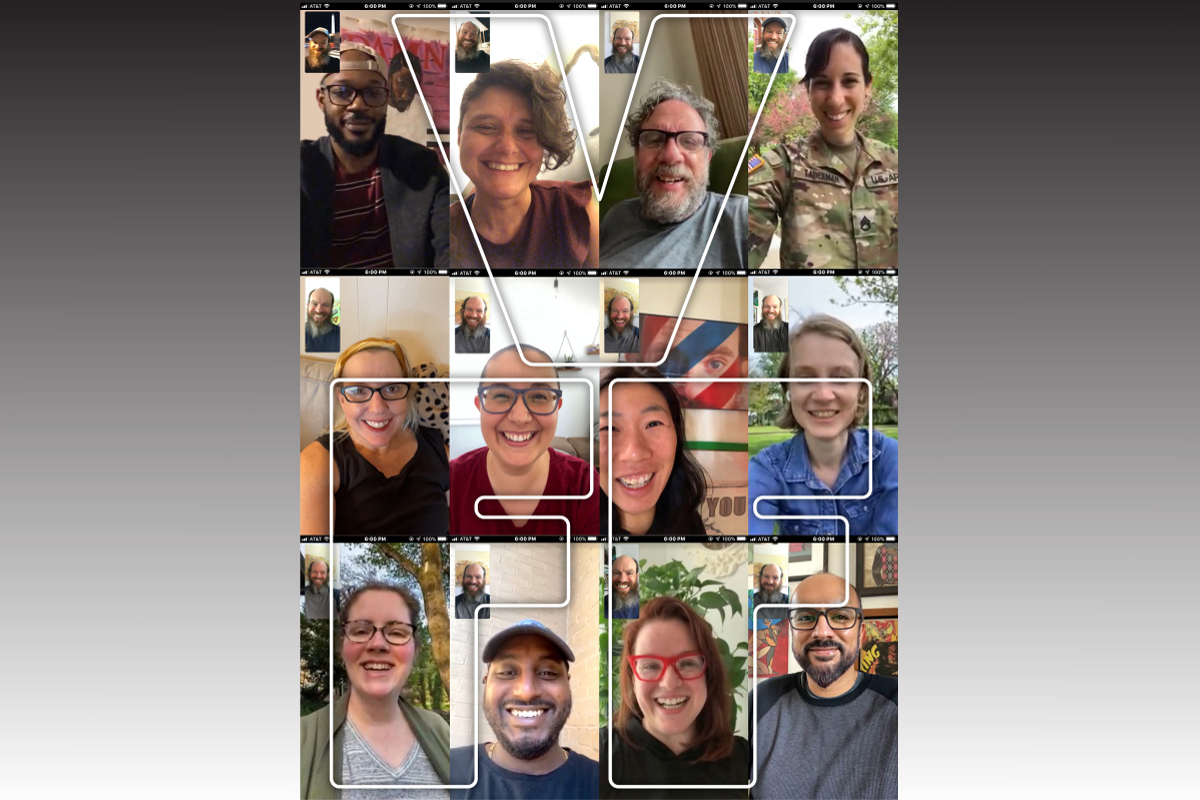 “VFF” explores friendship through one-hour video chats. Only 11 people can take part in these one-on-one experiences (one per day), hanging out over FaceTime with Brian Feldman (“#txtshow”).

In times like these, it’s good to have a VFF.

VFF explores friendship through one-hour video chats. Only 11 people can take part in these one-on-one experiences (one per day), hanging out over FaceTime with Brian Feldman (#txtshow).

What is a friendship worth? How do we make friends? What does being friends actually mean? Brian explores these questions and more by offering you an opportunity to define friendship.

As Washington City Paper wrote, “See It If: You want a new conceptual artist friend to hang out with in real life.”

VFF is a modified social distancing version of BFF, which premiered in a sold-out 50 show run as part of the 2012 Capital Fringe Festival.

This show takes place over FaceTime. In order to participate, you must have an iPhone or iPod touch with iOS 10.0 or later, an iPad with iPadOS 10.0 or later, or a Mac with OS X Lion 10.7 or later. You will receive a FaceTime video call from Brian Feldman at the phone number you provide when purchasing your ticket. Please make sure your device is charged. All times are in CDT (UTC-5).

This project was supported by the D.C. Commission on the Arts and Humanities.

Participating from another time zone? Check the time difference here.

“We meet at 6 p.m. by the Chinatown Friendship Arch. He shows up in a Capital Fringe shirt with a sign bearing my name, as if he were a driver picking me up at the airport. For the $30 ticket price, Feldman would do nearly anything I wanted — go to a museum, ride bikes, eat, visit sentimental locations, or go to a movie. But he won’t show me his butt.”

“Brian Feldman and I went bowling and drank juice last night. We wandered as Chinatown closed down, talking about our dreams. Like a good first date, it was low-key and relaxed, and I had purchased two hours of the gentleman’s company on the internet.”

“(★★★★) This show offers the most personal attention this reviewer has ever encountered and a performance artist who is trying – and succeeding – to encourage audience and performer interaction.”

“I went to meet him. He was late by about 15 minutes. Tardiness is a little bothersome in a friendship context; don’t good friends generally respect your time? So the lateness didn’t bode well for our budding BFFship. He was very apologetic though, and he also refunded me $2.00, so it wasn’t so bad... I’d hang out with him again.”

“...it’s an enjoyable two hours of carte blanche to ask a stranger anything you want to know about himself -- and to get things off your chest that you’re not comfortable admitting to the people who know you. You’re never going to see this guy again. You can tell him absolutely anything and at the end of your two hours, it won’t matter.”

“(★★★★) By its end, BFF has accomplished what it was designed to do. The production’s two hours had me both interacting with a stranger and constantly examining my own feelings about the interactions. Attending the piece manages to be entertaining and engaging as an activity while still prompting serious bouts of introspection which continue long after Feldman has left me alone. No, Feldman will not be my new best friend forever, but he certainly has given me something to think about for a long time.”

“When I learned that I was Brian’s tenth BFF participant, I started to worry about how I could make this a memorable one. I wanted him to remember our two hours together but I didn’t know how I could compete with some of the other people he’s interacted with so far, such as the guy with whom he went on a cycle ride and ended up accidentally knocking off his bike. “Luckily, he had a helmet,” Brian said.”

“Did I “explore friendship... through ‘friend building’”? Not really. But I laughed and got a kick out of doing something I wouldn’t ordinarily do with friends or on a date. Verdict: 5 stars. Better than most first dates where I don’t think there will be a second date.”

Brian Feldman is an award-winning performance artist and actor. He lives in Washington, Douglass Commonwealth where, as the news website DCist noted, “In a city that has an advocacy group exploring how to ‘make D.C. weird’ – and is still struggling – Brian Feldman is a shining beacon of eccentricity.” His work has been featured on television, radio, in print, and online, earning critical comparisons to the likes of Marina Abramović, David Blaine, John Cage, Christo, Marcel Duchamp, Tehching Hsieh, and Andy Kaufman. Since August 2003, he has presented 400+ performances of 130+ projects at 175+ venues and festivals in cities worldwide via Brian Feldman Projects, one of the world’s premier presenters of experimental time-based art.