Get Thee Behind Me, Santa: An Inexcusably Filthy Children's Time-Travel Farce for Adults Only 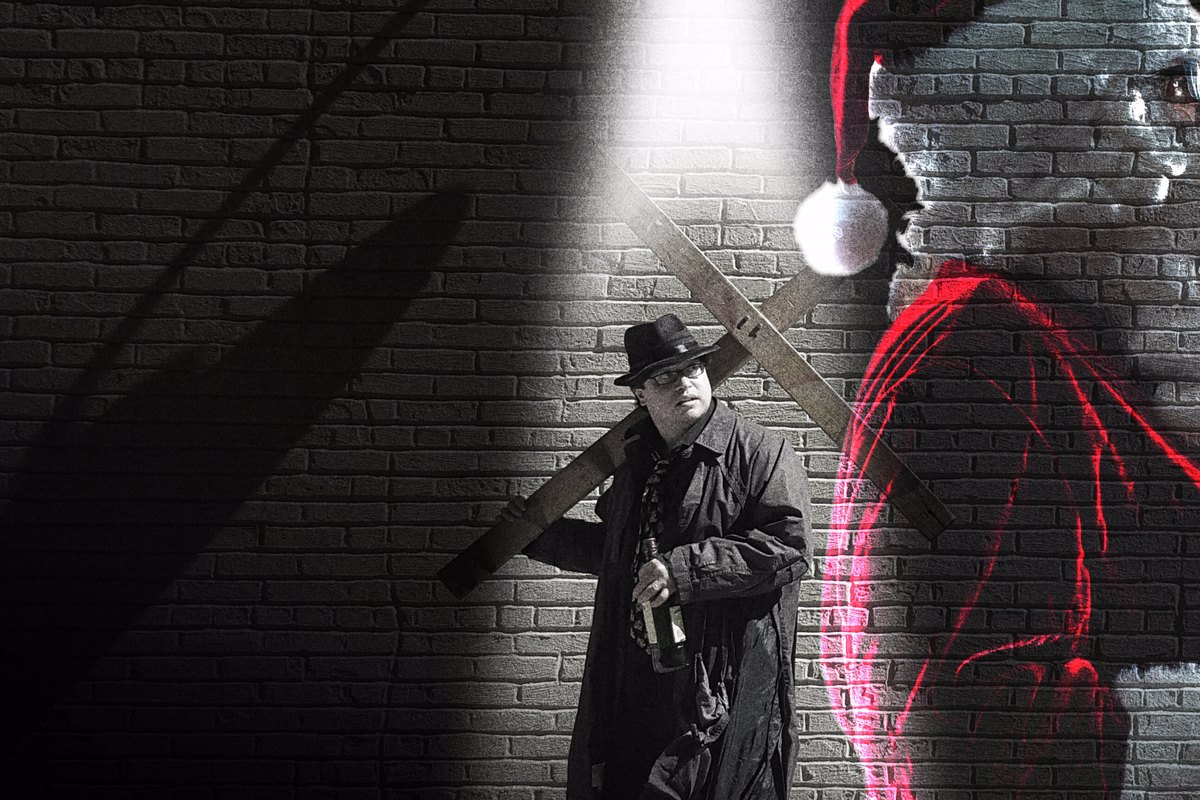 It’s up to Saint Nicholas, a soft-boiled detective, and an unknown carpenter’s son named Jesus of Nazareth to set the timeline right in this giddily blasphemous collection of sci-fi and literary parodies!

Adult language,Sexual content,Violence
The creators say this show is appropriate for ages 12-15 and up

"I leaned back in my chair and tried to wash away the uncomplicated flavors of shame, bile, and monkey spit."

This show was recognized as the bestselling show in its venue at the 2018 Kansas City Fringe Festival and selected for a coveted Encore slot.

"...a humorous tale of mayhem, altered histories, drunken angels, and a man in a red suit who carries the fate of the world in his big toy bag...a minefield of private eye cliches, holiday specials, a particularly deft piss-take on Dan Brown novels, and the shattered remains of a fourth wall that never had a chance."
- Kelly Luck,Kansas City Fringe Festival

Check out the comic fantasy novella upon which the show was based!